For assistance with translating this site in your preferred language please click on the relevant flag above.

Our school is a co-educational primary school catering for children from Kindy to Year 6. As a school in a rapidly growing part of the metropolitan area we welcome children from all over the world. Our school community comprises families from over 30 nationalities! The multicultural nature of our community reflects our motto ‘in Harmony”. We have developed an environment based upon inclusivity and tolerance.

St John Paul II Catholic Primary School offers a broad curriculum, helping students to become confident and competent members of our school community and society as a whole. We work hard at developing relationships between school and home and the community.

St John Paul II Catholic Primary School is coeducational with a current enrolment from Kindergarten through to Year 6. The school also offers an Outside School Hours Care program.

St John Paul II Catholic Primary School offers an educational philosophy based on developmental learning, inclusivity and Christian ethos. This approach to education sees the curriculum as being child-centred, recognising that each child is a precious and unique gift from God. Developmental Learning provides educational experiences appropriate to the child’s development.

Students are involved in a variety of extra-curricular activities that enrich their school experience, as well as a range of creative extra-curricular opportunities such as Shine Time, Performing Arts, and Interschool sports.

Kagan Cooperative Learning and the Making Jesus Real program are central to our school and these values are incorporated into our school procedures and teaching programs allowing them to permeate across all learning areas.

St John Paul II Catholic Primary School has put in place sustainability practices and strategies endeavouring to care for the environment that has been entrusted to us. 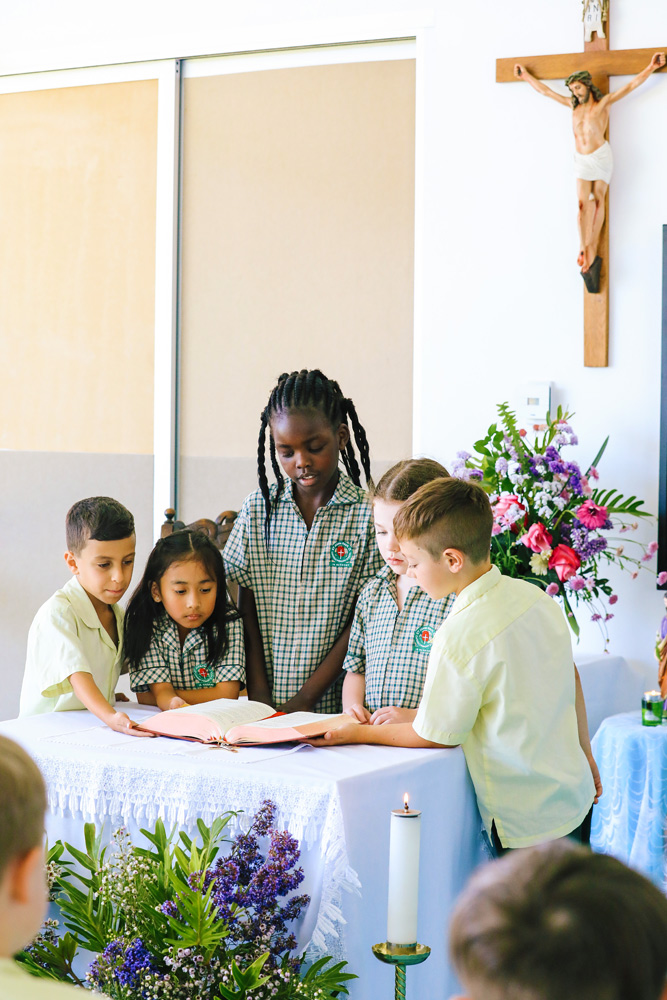 In Harmony with our God, St John Paul II Catholic Primary School community is centred on Jesus Christ and shaped by the spiritual gifts of unity, compassion and forgiveness.

As a Catholic learning community centred on the example of St John Paul II, the following Core Values underpin and direct our way of life:

The basis of the educational philosophy of all staff at St John Paul II Catholic Primary revolves around developmental learning. This approach to education sees the curriculum as being child-centred, recognising that each child is a precious and unique gift from God. Developmental Learning provides educational experiences appropriate to the child’s development.

The school began in the parish hall at St Anthony’s in Wanneroo with Tricia Davis as the foundation Principal, before moving to the present site on Kurrajong Boulevard, Banksia Grove in September 2004. The first day of school in the new school buildings commenced on Monday 06 September with 23 families, 40 children and 8 staff members.

Since then, the school has progressed through a number of building stages so that from 2015 it had all the facilities of a fully functioning double stream primary school.

When established, St John Paul II Catholic Primary School was the second primary school in the parish of St Anthony’s, Wanneroo. Fostering close ties with the school and Catholic community of Banksia Grove, Father John Daly held a weekly Mass at the school.

In February 2015 Archbishop Tim Costelloe declared that the area was to become a parish in its own right. Through research and planning involving the parish priest – Father Vinh Dong, parishioners, the school community and the Archbishop the name given to both parish and school was chosen.

In 2021, the building of the St John Paul II Church and adjacent Presbytery commenced on the south west corner of the school site. 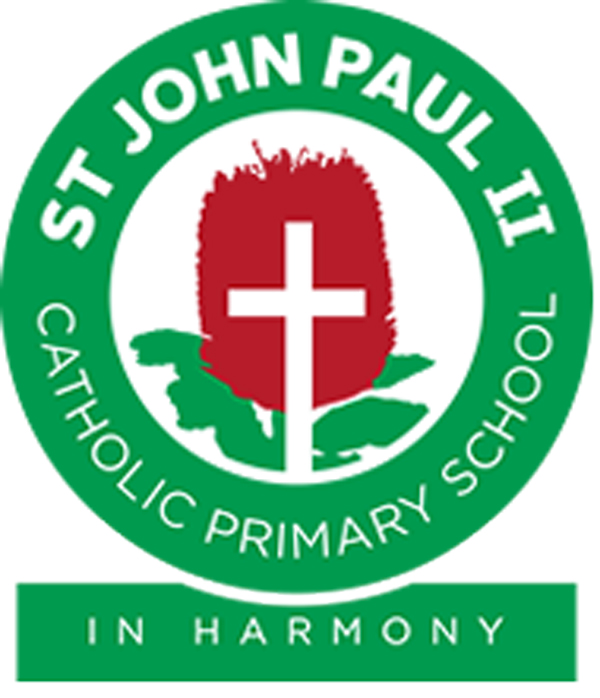 The St John Paul II Catholic Primary School motto “In Harmony” reflects the school’s vision for our community to be in harmony with God, all other members of our community and our environment.

The colours of green and red reflect the colours of the Banksia, once so prevalent in our local environment. The Cross is symbolic of our Catholic faith with Christ at our centre and as our leader. The Banksia represents our environment and community. These are encapsulated in the circle as a sign of our unity and harmony. In the spirit of Reconciliation and recognition of the original owners we also wish to acknowledge that the Noongar people were the original custodians of the land we are now using for our school.

The factions were named by founding students at St John Paul II Catholic Primary School and are reflections of the original bushland on which the school was situated as well as in recognition of the original custodians of the land.